Blog - Latest News
You are here: Home1 / About2 / First About 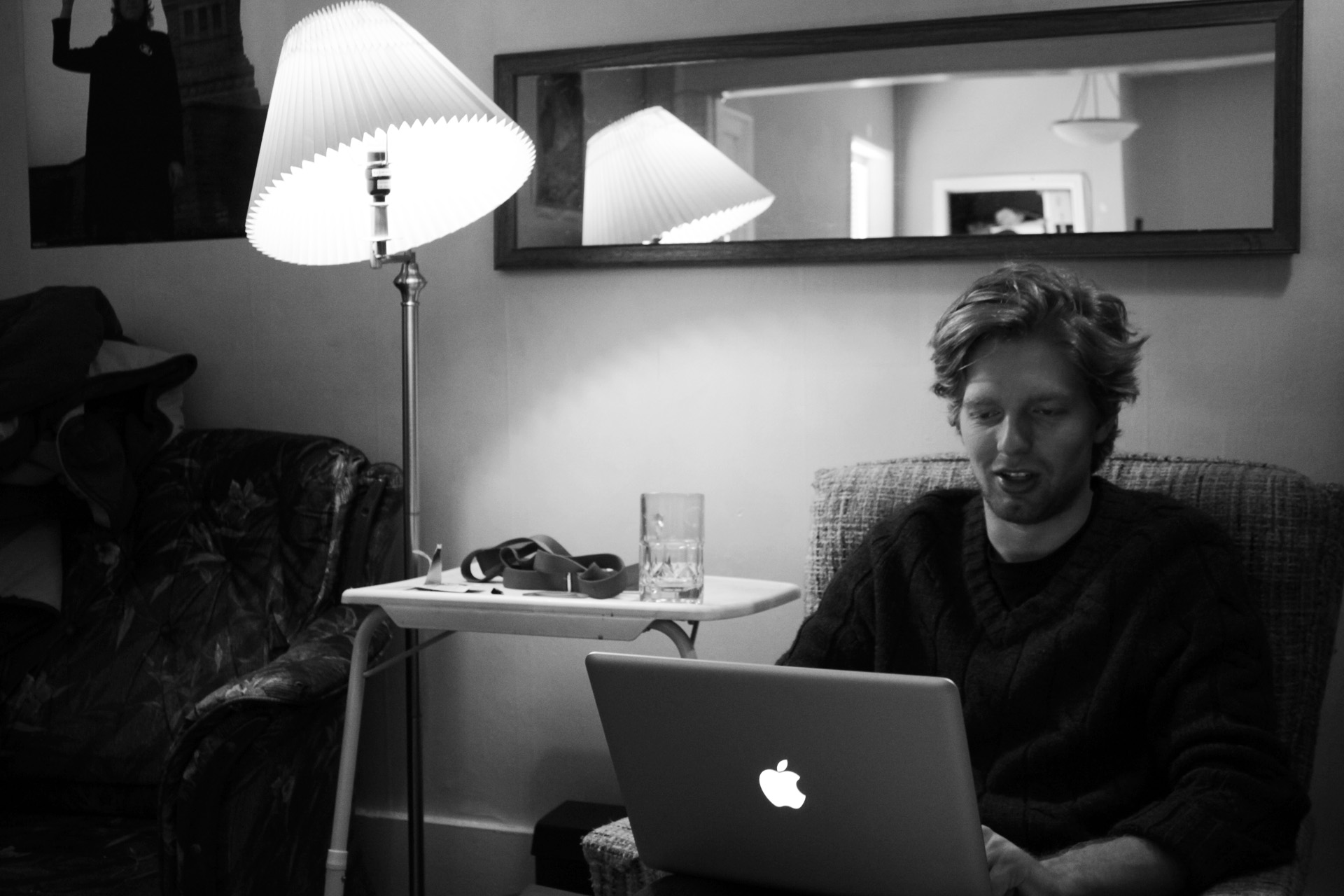 The thing I like the most about Journalism is that it deals with real characters. I delude myself into thinking I can capture the qualities that prove a character is real. This pursuit alone is enough to keep me going.

I respect opinions, essays, analysis, and comedy. (I also love hard news and all forms of reporting). But I simply love stories with depth. Features, Profiles, and Documentaries tend to get me the most excited.

I’m also guilty of the narcissistic self-branding that my generation loves. I think the “objectivity” facade is over, so I believe the honest thing to do is try to give all perspectives a platform. (Work that only considers one is simply boring, and that offends me as a TV child more than the political or social implications.)

You have to be honest about your perspective. It’s part of the story, and it’s always unique and worth recording. And it’s a good way to remind readers to always consider the source. So:

I’m the descendent of white irish protestants from Atlantic Canada. This, and the existence of the internet, have given me unprecedented privilege. And like any spoiled child – I’m ungrateful. I’m prone to angst, and unobtainable ideals. The world seems absolutely nuts, but I know I’m a product of my time. The federally sponsored marketing ploys of the Canadian wilderness have influenced my taste. Cable and rock star biographies began my obsession with story telling. And I’m pretty sure 90’s advertising has had something to do with my narcissism.

I believe Journalism is entertainment. It can ask the same questions as literature, and it inevitably tells you more than you ask. Truth can be told with jokes. And there’s performance any time a “record” button is on.

I hate caricature and spoon-fed analysis. The goal is to create things that are greater than myself, with complexities I’ll never fully understand. I dislike over-simplification, but I also hate excessive complication. (It’s hard to feel good about my own work).

I like to think Journalism reinforces a community. It allows us to know (and hopefully discuss) the things that are happening around us. And if you’re honest, and obey the “show, don’t tell” commandment, you have a chance at representing depth and influence that you don’t understand. Journalism then becomes anthropology, history, and art.  (As long as you don’t trick yourself into thinking you know anything.)

Now, I’m not a paid journalist, yet. But I’m staying busy. I’m also ethically O.K with honest promotional work. I’m most concerned with taking steps toward creating my idealized version of “Journalism.” And there’s a million skills to get better at, and a million ways to practice. I’m happy to work on any of them for pay, and I’ll keep doing it even without pay. (I’m a sucker).

I’m freelancing, researching, and trying to find ways to practice. I hope I don’t betray your time.

NBFA – Why Is Art Important?

Monologue With Music
Scroll to top