Blog - Latest News
You are here: Home1 / From One to The Other 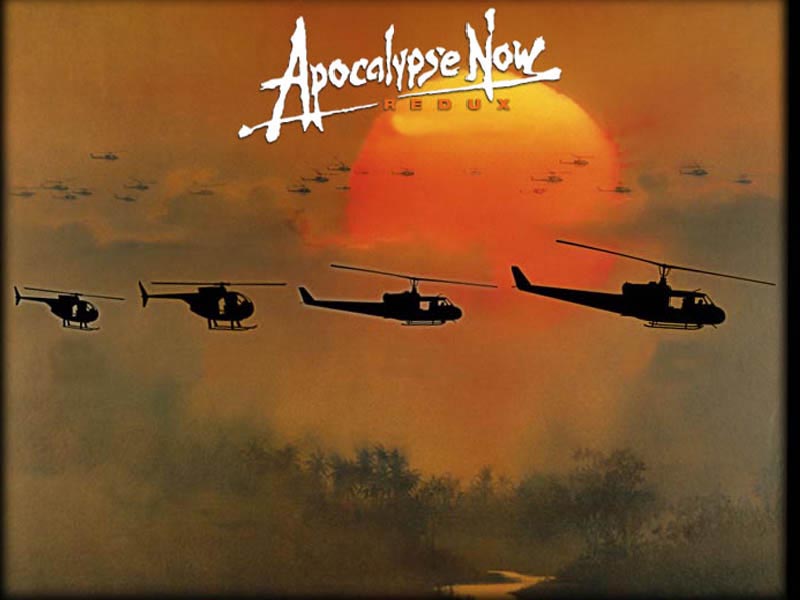 I took a a second year research course in my final year to fulfill all the requirements of my English major. I took the opportunity to learn about Foucault and apply it to Heart of Darkness, the course text. I loved doing this research and I desperately hope to find ways to explore these ideas further. (Edited by Dr. Khurram Kurshid).

From One to The Other:

Competing Discourses in Heart of Darkness and the Congo

Joseph Conrad’s Heart of Darkness tells the story of the protagonist, Marlow, traveling deep into the Congolese forest to meet a controversial ivory trader, Mr. Kurtz. In Heart of Darkness, Marlow’s perception of Kurtz changes from a “universal genius” (28) to a potential madman (56), which illustrates the shifting power-dynamic of competing discourses. The shift in the discourse surrounding Kurtz parallels the European discourse of the Congo in the late nineteenth century, which sought to delegitimize King Leopold II’s control and ownership. Marlow eventually abandons his suspicion of Kurtz’s sanity, but the doubts are retained by members of the company, and serve as a means to justify Kurtz’s removal.

Conrad provides scattered textual evidence in Heart of Darkness that Kurtz’ reputation and success incite jealousy among those who hoped to climb the ranks of the company, and by changing the discourse to regard Kurtz as damaging to the company (61), all those who accept Kurtz are relegated to positions of lower merit in the company hierarchy. Early in Heart of Darkness Marlowe meets a brick-maker who regards Kurtz as an “emissary of pity, and science, and progress, and devil knows what else” (25). The brick-maker’s “only real feeling was a desire to get appointed to a trading post where ivory was to be had” (24), a position already held by Kurtz.  Early in the story Kurtz is praised as a “universal genius” (28), but Marlow overhears men referring to Kurtz as “that scoundrel” (32) instead of praising him for leading a group down a challenging river and then returning to his station with only four men. This is evidence of the growing jealousy among the men of the company, particularly the General Manager. The General Manager accompanies Marlow to Kurtz’ station, and when Marlow comments that he found Kurtz to be a remarkable man, Marlowe felt “[his] hour of favour was over; [he] found [himself] lumped along with Kurtz as a partisan of methods for which the time was not ripe. [He] was unsound” (62). Interestingly, the men who referred to Kurtz as a “scoundrel” believed someone should be hung for “snapping ivory away from the natives,” and they ridicule Kurtz for writing, “each station should be like a beacon on the road towards better things, a centre for trade of course but also for humanizing, improving, instructing” (32). This is the exact rhetoric used by colonial nations to justify their involvement in other countries, but since the men disliked Kurtz, they interpreted the statement negatively, even though it articulates sentiments used to justify their own presence in the Congo. The blatant contradictions and reversal of concepts can also been seen in E.D Morel’s attempts to change European discourse around King Leopold II and the Congo at the beginning of the 20th century.

In Imagining the Congo: The International Relations of Identity, Kevin Dunn describes how E.D Morel and the “Congo Reform Movement” attacked King Leopold II’s colonization of the Congo and attempted to change the European discourse, because they disliked Leopold’s protectionist trade strategies, not because of ethical issues with colonization.  “Morel, and the Congo Reform Movement’s tactics involved painting Belgians as uncivilized or, more specifically, as illegitimate bearers of civilizations” (51). The need for the Congo to be colonized remained intact. “By painting Leopold II as a ‘bad’ colonizer, other European powers were casting themselves as ‘good’” (54). Many critics were “more concerned with squashing [of] free trade” (55) and the true concern of the European powers was the difficulty in accessing the resources Leopold II claimed were abundant; they were not attacking Leopold II for colonizing the Congo: “Colonial discourse of imperial powers such as Britain, France, Germany, and the United States were grounded in the rhetoric of their own cultural superiority” (51). Leopold II actively challenged the literature Morel was producing about the Congo, but Morel continued to win support, and eventually Leopold II confirmed the accusations and sold his property in the Congo to the Belgian government. The change in discourse led to a real-life change, even though “Morel’s alternative discourse did not offer a fundamental reimagining of the Congo” (59).

Discourse, as used by Michel Foucault, is a term to describe the networks of “truths” that grant “authoritativeness” to a certain idea by defining what is true and false (“discourse”), and thereby create the language of a particular time that can be used to criticize or define, like in the case of Morel’s attack on Leopold II’s, or the General Manager’s definition of Kurtz as a user of “unsound methods.” The idea of discourse comes from Nietzsche’s contribution to the ancient philosophical question of the capacity of language to accurately represent anything. Nietzsche wrote that “we possess only metaphors of things which in no way correspond to the original entities,” and “every concept comes into being by making equivalent that which is non-equivalent” (Nietzsche, 766). It is impossible to know for certain that we all process stimuli the same way, and when we assume that we do, we are actually creating metaphors, because there’s no way to speak of an actual thing accurately, according to Nietzsche (767).  When the inadequacies of language are confronted, the question becomes how does language function, as oppose to what is its meaning. Foucault provides a key concept in this debate by suggesting the notion that “words are the very stuff of power struggles, not just the tools describing them; words are arms for wagging the eternal battle of knowledge, confession and resistance” (Downing, 73).  These concepts proved to be influential in conceptualizing the theory of discourse, and contributed to the ideas of Edward Said (Chuaqui, 11).

Edward Said’s interpretation of “Orientalism,” describes the “ethnocentric distortion” of Western travelers that formed the discourse of the East with exotic stereotypes that were “particularly useful for the paternalistic justification given by colonialists protecting their interests” (“Orientalism”). Creating the colonized in the image of an “other” with terms like “savage” and “uncivilized” provided the grounds to win public support for the actions of colonization. In the early stages of colonization, there is no means for the colonized people to counteract false statements of the colonizers, because the language and methods of creating knowledge belonged to, and operated within, the terms of the colonizers. This dynamic can be seen in Heart of Darkness with the General Manager’s definition of “sound method” (62), and the decision that Kurtz did not qualify as a moral practitioner, which thereby justified his removal. While Said’s work on “Orientalism” describes the Western notion of the Orient, it speaks to the power of discourse, and a quality of discourse is the inability to speak entirely outside the parameters and sets of meanings and relations set up within that discourse. The way Morel overwrote Leopold II’s version of the Congo with a version that favored other European power is an example of the competition of discourses. Said specifically addresses this dynamic in Heart of Darkness.

In his essay, “Two Visions in Heart of Darkness,” Said claims that the “politics and aesthetics [of Heart of Darkness] are, so to speak, imperialist” (424), even though it appears partly critical of the colonial efforts in the Congo. “As a creature of his time, Conrad could not grant the natives their freedom, despite his severe critique of the imperialism that enslaved them” (428). Conrad presents horrific descriptions of the slave labor witnessed by Marlow, “I could see every rib, the joints of their limbs were like knots in a rope, each had an iron collar around his neck” (15). Marlow also appears to reject the terms and classifications used to justify enslaving the groups of men, “they were not enemies, they were not criminals” (17).  However, Marlowe does describe them in what could be called “savage” terms, “While I stood horror-struck one of these creatures rose to his hands and knees and went off on all-fours towards the river to drink” (17). “Darkness” is also the reoccurring metaphor of the novella, and constructs the binary of “light” and “dark,” corresponding with “good” and “bad,” that was often artificially attached to the color of skin in racist discourses. The color metaphor demonstrates Marlow’s belief in the justification of colonialism, even though he often refers to it ironically, “after all, I also was a part of the great cause of these high and just proceedings” (16). “Conrad’s self-consciously circular narrative forms draw attention to themselves as artificial constructions encouraging us to sense the potential of a reality that seemed inaccessible to imperialism [..] and that only well after Conrad’s death in 1924 acquired a substantial presence” (Said, 427).

Patrick Brantlinger also explores the inherent contradictions of the novella with his essay, “Imperial, Impressionism, and the Politics of Style.” He believes there are “few novels […] which so insistently invoke a moral idealism they do not seem to contain” (395). Heart of Darkness appears to be a critique of colonization while having moments of accepted racism (388).  Like the pro-colonial criticism of Morel, this novella shows signs of new discourse, which has yet to rid itself of racist rhetoric.

An important element of the narrative of Heart of Darkness is that Marlow is telling the story of his time in the Congo to the Director of Companies, the Accountant, and the Lawyer on a yacht near London. It is filled with personalized, stylistic interjections by Marlow, which may or may not reveal the beliefs of Joseph Conrad. One must always consider the audience, and this story is for the wealthier members of English society – the privileged members of English society listening to the story on the boat with Marlow. One can easily imagine Morel in a similar situation to Marlowe’s while trying to gain support against Leopold II. In terms of Foucauldian criticism, it merits examing how  “the author function operates to reflect or promote the meanings and values of the containing culture” (Downing, 68). Foucault defines the term “episteme” as “‘the total set of relations that unite, at a given period, the discursive practices that give rise to epistemological figures, sciences, and possibly formalized systems,’” (“episteme”); in the light of this definition, the work of Conrad and Morel certainly spring from the same source, and construct similar epistemic knowledge about power relations in the Belgian Congo. Morel’s writing on the Congo and Heart of Darkness are shifting discourse of the “zeitgeist” (“zeitgeist”) of a their time, which have begun to see the problems of colonial discourse, without being able to fully free themselves of its embedded racism.

Imagining the Congo: the International Relations of Identity. New York:

Nietzsche, Friedrich. “On Truth and Lying in a Non-Moral Sense.” The Norton

“ZEITGEIST.” Dictionary of Visual Discourse: A Dialectical Lexicon of Terms.

Beyond Absurdity
Scroll to top